#1 Democracy and Politics (in English) 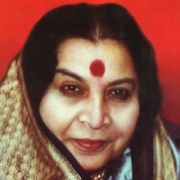 "It was the great advent of Abraham Lincoln which brought the uniquely true idea of democracy into reality in America. He specifically said that the government should be 'of the people'. Yet today, we find that most countries who call themselves democracies have been 'demonocracies'. They are ruled by people who are either money-oriented or power-oriented. Concern for the benevolence of the people, which should be the main aim of a democracy, has become completely lost in modern times. It is simply no longer a matter of concern for those people who are said to be at the helm of affairs. Many people have claimed, and perhaps they are not entirely wrong, that America is nowadays no longer ruled by the people, but by the rich only, by big businesses, or by cinema actors and actresses. The rest of the developed countries nowadays, are also ruled by the banks, the entrepreneurs, the media and the underworld.

Thus, the idea of Abraham Lincoln, like the ideas of all great saints and prophets, has become completely perverted, as democracy has degenerated in our money crazy, modern society. Whatever generous principles were announced at the beginning have vanished into the mist of violent, argumentative discussions at various conferences called throughout the world to solve the problems of democracies. The establishment of higher ethical values, which was originally meant to be the top priority in any democratic country, is now completely missing from the agenda. ... ...

Politicians should be dedicated to the welfare of the people, but sometimes politics becomes like a game of chess, in which the sole aim is to stay on the board as long as possible. The politicians do not want to leave their seats, to which they are glued, until they are forced to admit defeat. Until the last moment of their lives they want to be in a state of political intoxication. They only resign when one foot is definitely placed in the grave. Such low level people cannot work for a real democracy. For democracy you need very noble, learned and compassionate visionaries, who have a benevolent attitude towards the people and total dedication to the ideals of democracy."

Select a Translation...   Index of Extracts in English...